Tagajou Hina (多賀城 ヒナ) was a 2nd year member of the Fredericia Girls badminton club. After the Inter High, she became the new captain until the following year.

Hina has brown eyes, short hair of the same color, and tan skin.

Hina has a wild and lively personality, which according to her is because she grew up in the mountains.

Hina is fast and powerful for her size. She is able to sense dangerous opponents as shown when she stopped her doubles match with Connie against Ayano and Riko. She is also strong enough to win the team Inter High tournament. 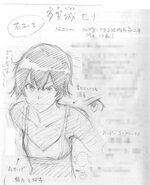 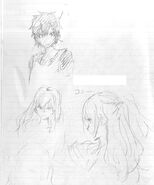 Retrieved from "https://hanebad.fandom.com/wiki/Tagajou_Hina?oldid=3128"
Community content is available under CC-BY-SA unless otherwise noted.